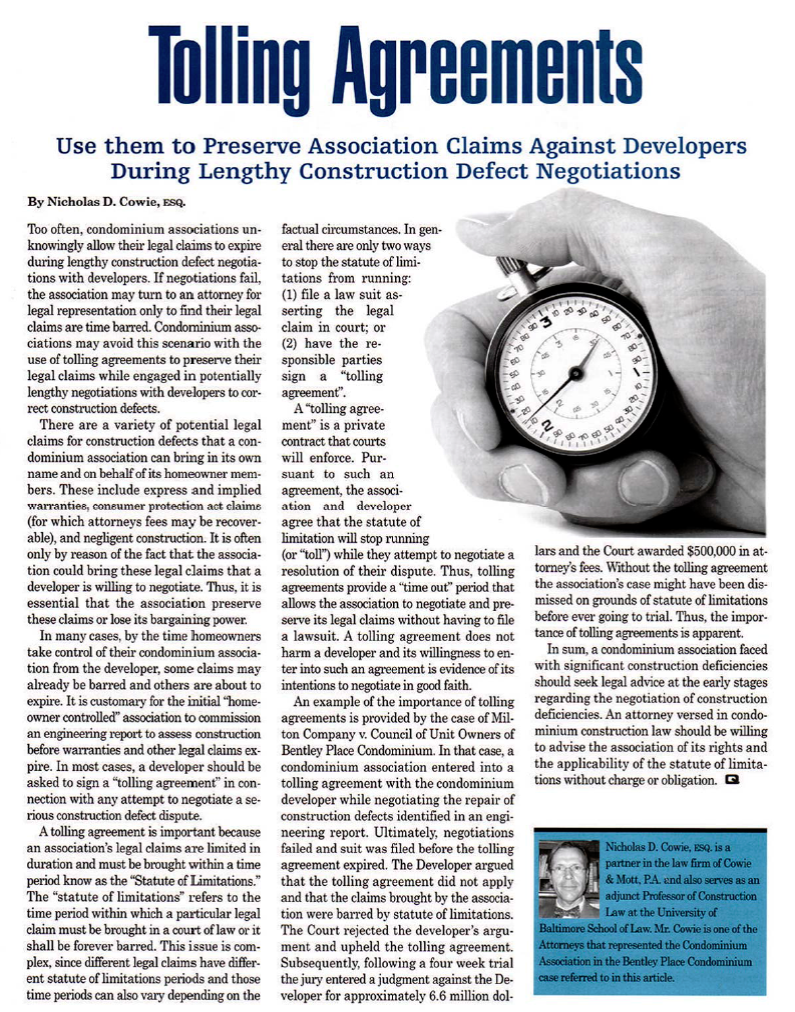 There are a variety of potential legal claims for construction defects that a condominium association can bring in its own name and on behalf of its homeowner members. These include express and implied warranties, consumer protection act claims (for which attorneys fees may be recoverable), and negligent construction. It is often only by reason of the fact that the association could bring these legal claims that a developer is willing to negotiate. Thus, it is essential that the association preserve these claims or lose its bargaining power. .

In many cases, by the time homeowners take control of their condominium association from the developer, some claims may already be barred and others are about to expire. It is customary for the initial “homeowner controlled” association to commission an engineering report to assess construction before warranties and other legal claims expire. In most cases, a developer should be asked to sign a “tolling agreement” in connection with any attempt to negotiate a serious construction defect dispute. .

Nicholas D. Cowie is an attorney in the construction defect law firm of Cowie & Mott, P.A. and also served as an adjunct Professor of Construction Law at the University of Baltimore School of Law. Mr. Cowie is one of the Attorneys that represented the Condominium Association in the Bently Place Condominium case referred to in this article. .